Precision Sharp Co. is a full service sharpening service specializing in shears and clipper blades and began its inception in 1991.  Randy was a machinist by trade, unemployed by a large company due to economic downsizing.  Timing was right.  Randy's friend had a small machine shop and a sideline business sharpening shears for beauty salons, which he could no longer service.  Hence, the founding of Precision Sharp.

Our first trade show was Groom Expo in Hershey, September 1991 with a 4' table in a back hallway with a few shears and sharpening machine. Since that time, Precision Sharp has been exhibiting at Grooming Shows across the USA, numerous regional dog shows and family pet expos.

Randy is also an innovative shear designer with the implementation of his Precise Cut brand of shears in the mid-1990's.  His German line was the first complete line in the industry with 2 finger rests to create the "flipper" style.  Since then he has lead the way in creating custom curves, big curves and super curves together with customizing shanks and shears which are now used and sold widely around the world.

Click here and use this handy form for sending service work 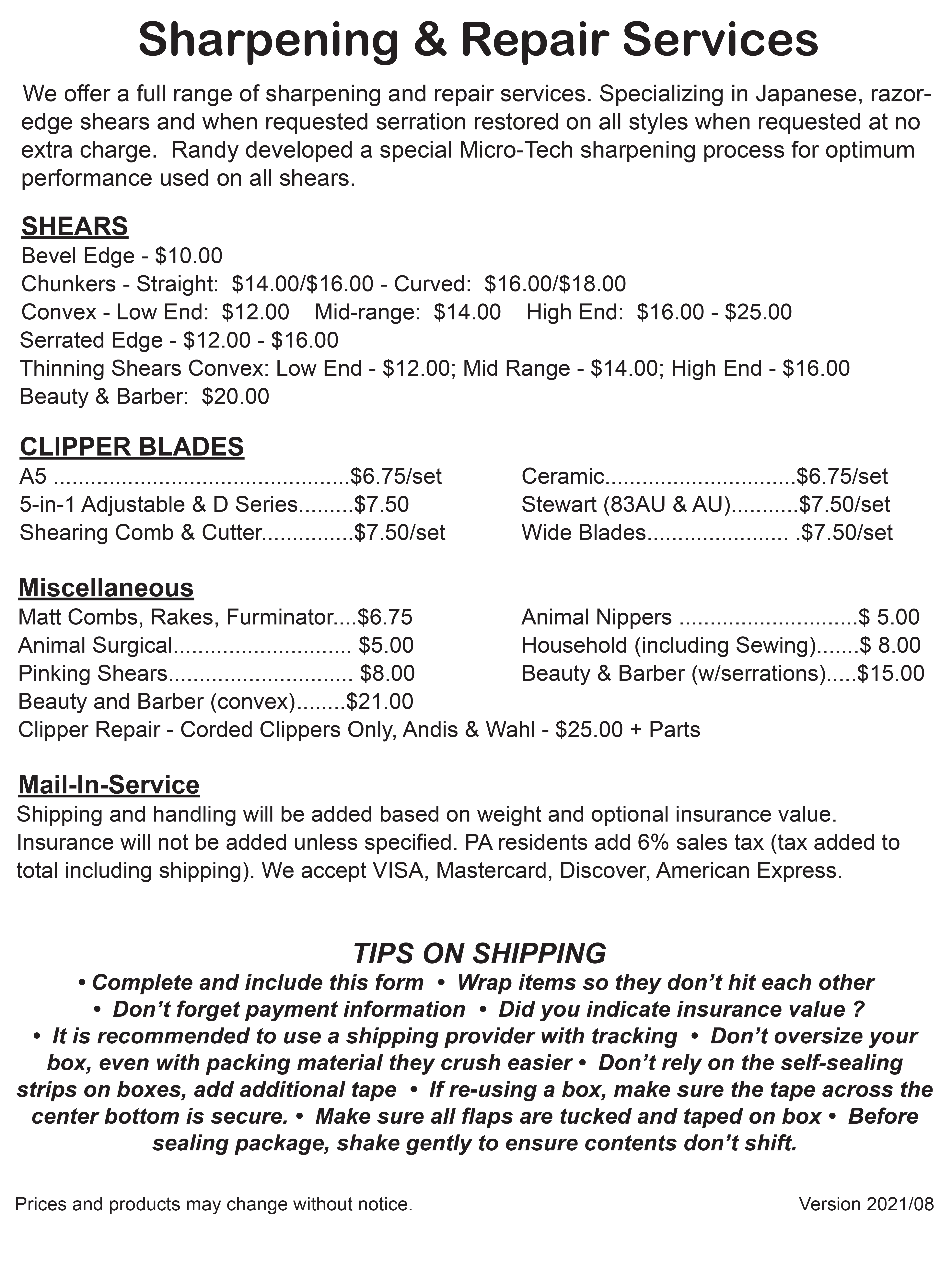